Showing posts from August, 2016
Show all

By Blacks in Period Films - August 24, 2016
John Legend is on a roll! After executive producing the successful series Underground and executive producing the promising film Southside With You Legend is adding another period project to his executive producing resume. Joining him in the development of the project is the stunning Tika Sumpter (Sparkle, Bessie, and Southside With You). The project will be set in early 20th century Greenwood, Tulsa infamously known as Black Wall Street. During the 20th century this neighborhood was the site of a thriving Black community; one of the most successful of it's time. That is of course until the 1921 Tulsa race riot when the community was destroyed by angry Whites. The series will most likely build up to the 1921 riot.  I'm very excited about the series because it is set in a time period not often done in Black period films, the 20th century costumes will look amazing, and seeing wealthy Black Americans in a period film/series will be a nice change of pace. The estimated premier
Post a Comment
Read more 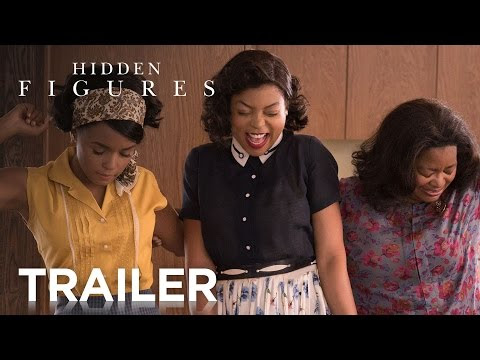 The trailer for the Hidden Figures film. Hidden Figures is about NASA mathematicians Katherine Johnson (Taraji P. Henson), Dorothy Vaughn (Octavia Spencer) and Mary Jackson (Janelle Monáe) as they work together to help launch astronaut John Glenn into outer space.  I love this trailer. I can't find anything that I would consider a flaw. It gave me everything that I want out of a period film. Beautiful and accurate costumes, great acting, and romance. We all know Taraji P. Henson and Octavia Spencer will be wonderful. However, it was interesting to see Janelle Monae in an acting role and I believe she will be amazing. I'll be watching this film in theaters come January 2017. What do you think about the trailer?
Post a Comment
Read more
More posts