In the roles of Amanda Starr and Rau-Ru we have Yvonne De Carlo and Sidney Poitier respectivaly. This film also features the famous Clark Gable. 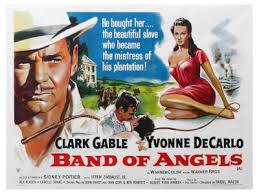 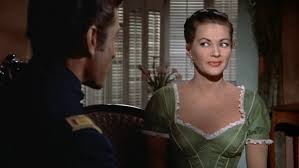 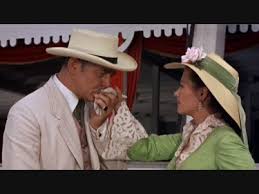 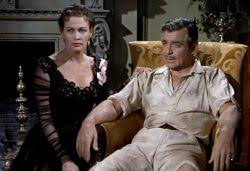 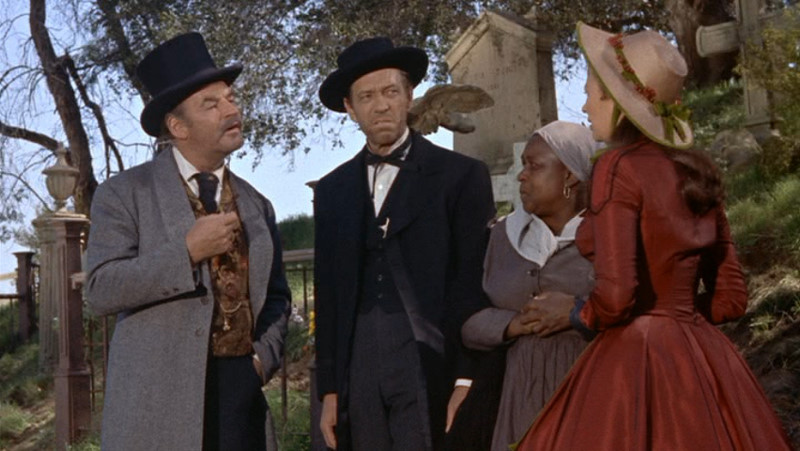 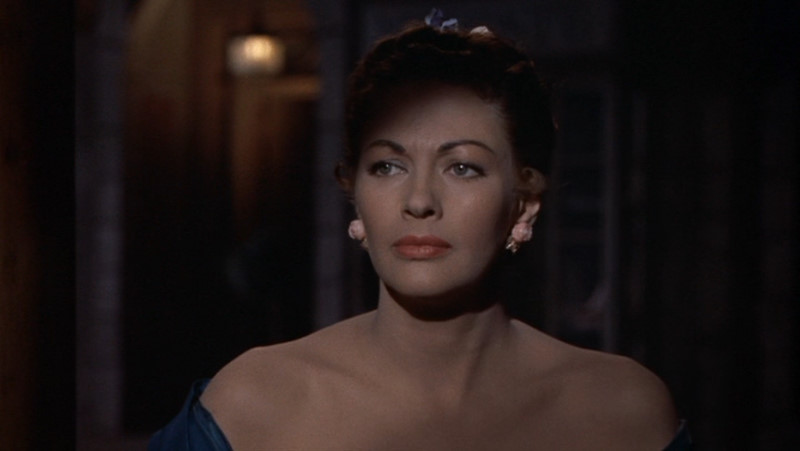 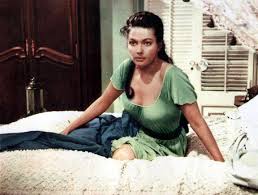 Amanda Starr is suppose to be a bi-racial woman. The actress that portrays her is however a white woman. This was a very common thing during the time the film was made. It was also done in Pinky and Imitation of Life. I have decided to write about the character even though she isn't portrayed by a person of color, the character is still a character of color.

Amanda Starr lives in antebellum Kentucky as a free woman. She returns home from a Cincinnati finighing school after her slave owning father has died. During the funeral Amanda is told she herself is a slave, as her mother was actually one of her father's slaves. She is to be sold to pay her father's debt.

This is terrible on so many different levels. Not only must she grieve her father's death but she has also been slapped with a horrible truth. I wonder why her father didn't keep her heritage secret. I also why he didn't give her her freedom. Her mother had been died for sometime so there was no actual evidence. They didn't have blood test during that time. I suppose the same thing that happened to many bi-racial slaves happened in Amanda's case. Promises of freeing the child were given but never carried through.

She is sold to a wealthy man named Hamish Bond, at an auction in New Orleans. This makes sense and adds a bit of history to the story. New Orleans auctions were infamous for selling light skinned slaves. These slaves were sold at high prices then their darker sinned companions. The sam is in this cae. Hamish buys Amanda planning to treat her a the woman of the house. She refuses however to be a kept woman and is not friendly toward him.

Rau-Ru (Sidney Poitier) is an educated slave. This was a refreshing thing to see in a film taken play during slavery. Though the vast majority of slaves were illiterate not all were. Rau-Ru helps manage Hamish's business with him. It is clear Hamish and Rau-Ru have a close relationship, almost father and son like.

Over time Amanda (Manty) and Hamish become close and he offers her her freedom but she declines. I still don't understand her reasoning. It seems she would have jumped at the offer for obvious reasons.

Some time later the Civil War begins to Hamish's dismay. While  Hamish is away Amanda is attacked by a white neighbor the attack ends when Rau-Ru steps in and fights the man off. This of course is a major no-no. Rau-Ru runs North to safety. Once North he becomes a Union Solider.

Hamish confesses to Amanda that he was once a horrible slave trader. She leaves and goes to New Orleans. She passes as a white woman. She gets in a relationship with a white man named Ethan Sears. Everything is going fine until Seth Parton an old beau of hers from finishing school threatens to tell Ethan that Amanda is black. He'll keep her secret but only if she has sex with him. She escapes and goes back to Hamish's plantation. He however isn't there. He is hiding from the Union army.

Rau-Ru figures out where Hamish is and decides to turn him into the Union army. Rau-Ru hates Hamish for the relationship they have. He hated being treated with kindness because he knew that even with all that kindness Hamish was still his master. Rau-RU calls this "the worst kind of bondage".

Hamish reveals how Rau-Ru ended up with him. In an African village Hamish rescued Rau-Ru from another slave trader when he was just a baby. After hearing the story Hamish decides to let Hamish go. When the other Union soilders get there Rau-Ru quietly slips Hamish the keys to his handcuffs.

Hamish escapes and meets up with Amanda at a cove the embrace and ride off into the sunset happy,safe and together.


Towards the end of it I realized this film was not really Amanda Starr's movie. She was a major character but I get the feeling that this film was about a repentant slave trader (Hamish) falling in love with a slave woman that he buys. I don't think it was about a slave woman that falls in love with her master. Amanda's happy ending further supports my idea. During the 1950's most bi-racial characters in films were giving tragic endings. I think the reason Amanda avoided this fate is because If Amanda's fate ended tragically then Hamish Bond's story would have also been tragic because he loved her and wanted to be with Amanda.

There were some things that gave me pause. For example the Union army is painted as the enemies. I hate when civil war movies do that. This was very present in this film. Also there were some historical inaccuracies. But I wasn't bored and actually enjoyed the film. Her beautiful dresses were a major plus.