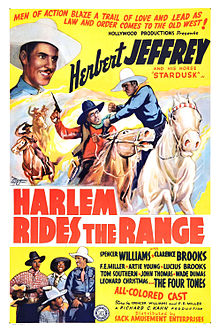 Harlem Rides the Range has the typical 1930's Western fanfare. I first thought the main character's name was Harlem which I found quite hilarious. But once I began the move realized the character's name is actually Bob Blake. Which means the movie is most likely called Harlem Rides the Range because of its All-Black Cast. You get it ... Harlem ... All-Black cast ... Get it? 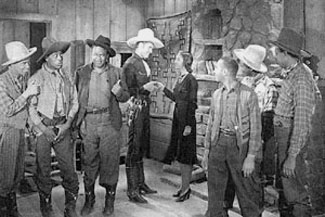 The cast does a great job. Herbert Jeffrey (As Bob Blake) is credited as Hollywood's first singing black cowboy. He lives up to the title in this 56 minute film. His baritone voice, good looks and charisma makes him the perfect lead for a film of this kind. The surrounding cast fills in their respective roles perfectly. Lucius Brooks as Dusty the sidekick, Wade Dumas as the Dog City sheriff and Artie Young as Miss Margaret Dennison the beautiful women in need of assistance. 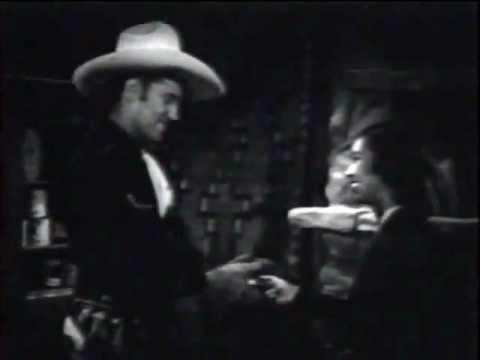 Like many Westerns of its kind the story is a bit predictable. There is a man with some valuable land. The bad guy wants to cheat him out of that land. Did I mention the landowner has a beautiful daughter? Enter the attractive male lead that has plans on helping the landowner and winning the daughter’s heart. The story has been seen many different times in many different films. The plot is not innovative even for the 1930s. But an all-black cast in a 1930s Western is rather novel and with actual “all-black towns” in the wild wild west like Nicodemus it isn't completely unrealistic.

If you like westerns or vintage cinema I highly suggest this film. I had a great time watching the film and plan on watching more films like this in the future.