Showing posts from October, 2017
Show all

Oney Judge Film in the Works! The news about an adaption of Oney Judge’s life has made me extremely happy. According to (news site) the film will be based on author and historian Erica Armstrong Dunbar’s book titled, Never Caught: The Washingtons' Relentless Pursuit of Their Runaway Slave, Ona Judge. I’ve heard about this brave woman on multiple occasions and have always thought a film or series about her life (if done correctly) would be awesome. The book was optioned by Lisa Ellis of Provenance Media and Richard Abate of 3 Arts Entertainment and they will co-produce the film. Oney Judge’s Story: Born on January 1, 1773, Oney "Ona" Judge was a mixed-race slave on George Washington's plantation, Mount Vernon, in Virginia. Ona stands out because she was a favored slave of the first president’s wife Martha. Additionally, she ran away from bondage and was never caught. Her being born to a white indentured servant named Andrew Judge and an enslaved black woman named Betty Davis adds additional la
2 comments
Read more

Jussie Smollett as Langston Hughes in a possible Hughes biopic!! 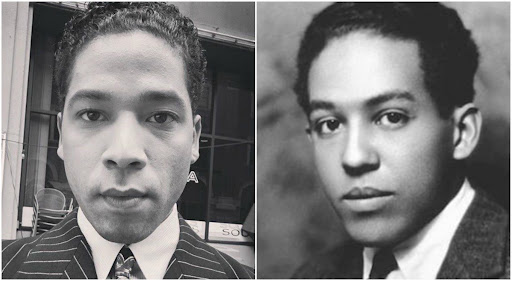 Some exciting news about Jussie Smollett and his role as Langston Hughes as developed! In an interview with ESSENCE 's Yes Girl podcast, Jussie Smollett says that he'll be portraying Langston Hughes in a future biopic for the poet and activist. Had to go butt faced to become the great #LangstonHughes in the upcoming film #Marshall. Thank you @reggiehudlin for the opportunity. It's been a dream. 🙏🏿 A post shared by Jussie Smollett (@jussiesmollett) on Jun 8, 2016 at 6:36pm PDT He says: "I was doing a tribute to John Legend at the NAACP Image Awards —not this past one but the year before— and Reginald (Hudlin, the director of Marshall) came up to me and said, 'You favor Langston Hughes so much. I just want to know if you'd be down to do a cameo in Marshall as Langston Hughes?'" Smollett said he told the director, "I'll do it on one condition —that within three years, we do the full Langston Hughes movie," to which he respo
2 comments
Read more

On the season 4 premiere of Black-ish, we are treated with a musical (Hamilton inspired) based on the oft-forgotten holiday Juneteenth. Juneteenth is the oldest known celebration commemorating the ending of slavery in the United States. Dating back to 1865, it was on June 19ththat the Union soldiers, led by Major General Gordon Granger, landed at Galveston, Texas with news that the war had ended and that the enslaved were now free. ( source ) Episode Summary: After getting upset by the twins' Columbus Day school play, Dre decides to take matters into his own hands with a Juneteenth musical.  One of the musical numbers 'I Am A Slave' performed by The Roots was accompanied by Schoolhouse Rock-esque animation on why Juneteenth is celebrated. The musical numbers "We Built It" and "Freedom" portray the Johnson family as slaves. "We Built It" comes first, with the elder Johnsons explaining to the younger one that it was sla
Post a Comment
Read more
More posts