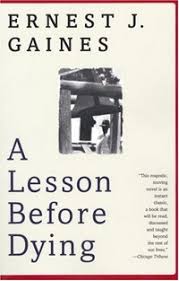 I had to read the book when I was in school and I completely enjoyed it. As much as one can enjoy a realistic portrayal of this era in American history. But ... I digress.

This movie is about a young Black man named Jefferson that is put on trail for the murder of a white shop keeper. When he is giving the death sentence, Grant Wiggins an educated black teacher is asked to help Jefferson die "like a man". This movie is different in that from the very beginning we know Jefferson's fate is sealed. But we are still taken on a ride. The music, costumes, and dialogue all breath of a realistic 1933 Louisiana. The cast includeds heavyweights like Cicely Tyson and Don Cheadle. Mekhi Phifer shines as Jefferson 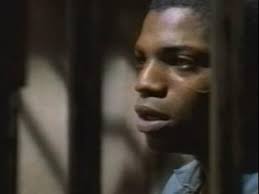 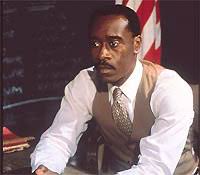 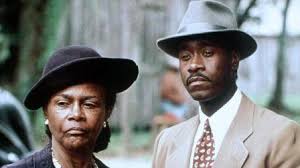 While watching this film I couldn't help but thinking that while it is set in 1933 what happened to Jefferson could easily happen today. Very powerful. I was more effected by the novel but was still emotional moved by this film. I highly recommend it. I also recommend the novel as it goes deeper into racism and colorism.