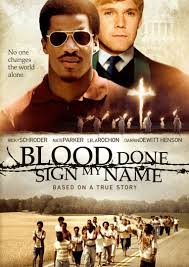 This film is based on the book of the same title.

I really thought I would love this film. Just based on the title and Nate Parker alone. The title seems like the perfect title for a film dealing with the civil rights movement and I love Nate Parker. Sadly I was wrong. This movie was not bad, but it was not my cup of tea.

The main problem was the inclusion of the Tyson family. The movie starts with a white family, the Tysons. The father is a pastor and they have just moved into the community to take over the church.
Towards the middle of the film I really didn't understand why this white character or his family was needed to begin with. His family is never really interactive with Ben Chavis (Nate Parker), Henry Marrow or his family.  His story line could have been left out and the story would have been the exact same (but much shorter).  However, towards the end I realized this white character was used as a way to show in a film about oppression and racism that "All Whites aren't the Same". (which is true) BUT I feel the film was very heavy handed with it AND did not benefit from it at all. In my eyes this is where the film fails the most. It is because of this "re-centering" the message of the film is lost.
The movie would have been perfectly fine with only the Tyson family story. AND. The movie would have been perfectly fine with only the Marrow murder and Chavis activism storyline*.

The three never seemed to mesh ... this threw me off.


Nate Parker does a wonderful job, as always. I call Parker the period film king. He's been in so many period films. It's almost as if he's been typecasted (but in a good way). 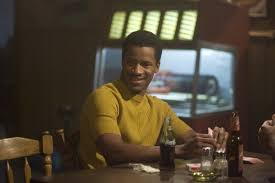 After watching this film that's the feeling I had. There were times it seemed as if the costumes switched years. The movie dragged on  WAAAAAAAAYYY too long! The ending was rather anti-climatic and white centered for my taste. The end of the film makes it seem as if all the activism and activity was spurred on by this white man ... When that just wasn't so. The one thing I can't bash is the acting. Everyone (even the children) turned in great performances. 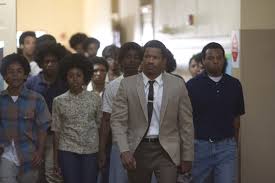 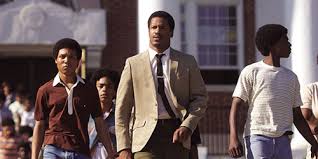 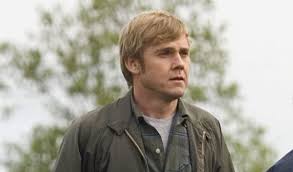 *Perhaps the three stories work better in the book.