By Dinah Freeman - October 13, 2014
I have been following Ava DuVernay since 'I Will Follow'. Her creative talents in the independent film sector have been very inspiring for me. When I found out that she would be directing Selma I was thrilled. I have so much confidence in her film making abilities. This morning I woke up to a photo on Twitter that reaffirmed my confidence in Ms. Ava. 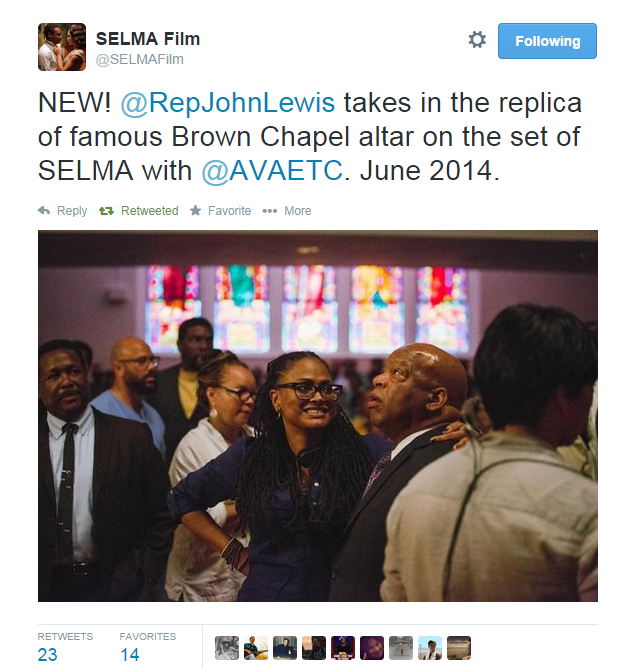 John Lewis is being played by Stephan James in the film. John Lewis was there in the midst of all of the action during that time. Looking at the photo and seeing how inthralled he is with the replica of the Brown chapel shows how much time, effort, and research was put into the film. Accuracy is a major factor in getting the correct feel and look with a period film. Even if the story is creative a lack of accuracy can throw me out of the story. (*whispers* Gang of Roses)

So, while I have not seen Selma yet I have faith in Ava Duvernay! I believe Selma will be an amazing film.
accuracy Ava DuVernay blacks in period films film making John Lewis Selma Stephan James