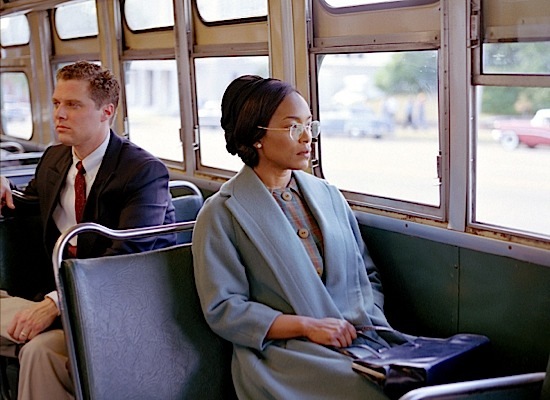 Clearly attention was paid to clothing. I really appreciate when filmmakers look at photographs of their subjects and do their best to recreate the photos. Many photos of Rosa Parks are engraved in the minds of many. Having the look of the film match the image engraved in the public's mind is crucial to believably.  For lesser known public figures (think the ladies of Hidden Figures) the outfits did not have to be exact replications; only historically accurate. But because Rosa Parks is so well known, the filmmakers had an image to live up to. The film was beautifully done.

Have you seen The Rosa Parks Story? What did you think?
Angela Bassett julie dash rosa parks the rosa parks story