By Blacks in Period Films - March 22, 2020
I gave the limited series two scores. One for history lovers and one for more casual period film fans.

I participated in the watch party that was going on. Viewers watched and tweeted using the hashtag #selfmadenetflix. It was an interesting experience and I really enjoyed watching along with people. It reminded me of how it was during the Roots 2016 premier. Tons of people watching the same thing and having a great time watching period films which is something I love.

I had to talk about the series, because I felt a lot of things while watching it and I’ll start with the good.

A major part of the period film experience is the costumes and set decorations. These are absolutely amazing. It isn’t very often that we get to see black characters in Edwardian era clothing. The series started in St. Louis in 1908 and ended around 1918. So that is 10 years that are represented in costume. We can see the change in characters through their change in clothing. This is especially important because this is a rags to riches story. And so I love that we can see Walker’s growth in her confidence and her wealth through her clothing. The same is true for the people around her. As her business grew. the clothing of her family also became more extravagant. The makeup and hair department did wonderfully.


They really captured the look of early 1900s hair. They got the height and elegant updos correct. They were perfectly complemented by the costume and wardrobe department. 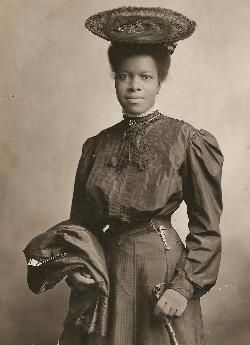 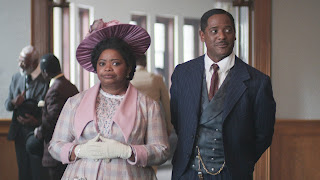 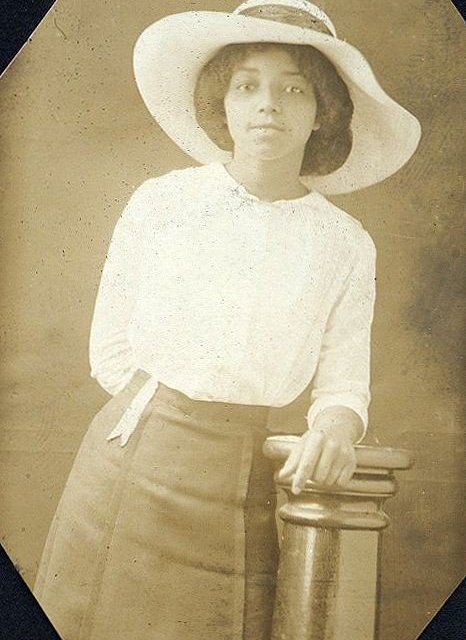 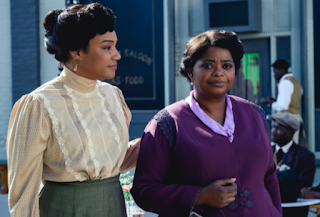 There were a few times when I questioned the fitting, but for the most part the costumes were gorgeously inspired. If I looked at them I’d know right away what period it was based. The costumes and hair and the lovely hats made me so happy as a historical fashion lover. I especially love how they made her daughter Lelia so fashion forward; because the real Lelia was very fashion forward. I say the same for the sets and locations. Wow, they were so realistic to the period. We also see a natural progression in Walkers rise from rags to riches. At the start her home is smaller and not extravagant at all. As her business grows so do the surrounding luxuries. They looked accurate and felt lived in and real. They added to the story.

The performances were also awesome. I was especially moved by Kevin Carroll’s performance as Walker’s lawyer Freemen Ransom. There are two very touching scenes and he was great in both. I loved Ransom. The performances also made the characters for the most part feel natural to the early 1900s. I especially liked how Walker’s father in law, as the oldest character talked about slavery. He lived though it as an adult and would naturally have more memories than the other younger characters.

Since Walker was born in 1867 she would only have experienced the after affects of slavery and surely would have heard the stories from the older people around her. The transition as a group from being enslaved to free is something that isn’t easily forgotten. And Garrett Morris did a nice job bringing that element into his character Cleophus. 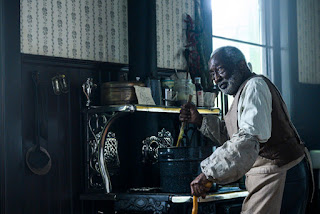 These are my positives, but as I mentioned earlier I have some negatives for the series as well.

The title Self Made: Inspired by the Life of Madam C.J. Walker is correct, because this limited series on Madam CJ Walker was only inspired by her life. It was in no way an overwhelmingly accurate portrayal of what Walker or the people around her experienced, and this really brought the story down for me.

These inaccuracies paired with the soundtrack which included modern songs, pulled me out of the story. Some viewers enjoyed the inclusion of modern songs that they know and love. But for me, I watch period films to be transported to another time and place. And the inclusion of modern music ruins that immersion for me. Immersion is a part of the experience and part of my enjoyment for me. I felt like all the work of the costumes, set dressers, and actors was undone with the music. It took me right out.

I know that to bring stories to the screen, creatives often have to add and take away from the real story. So I suspected that there’d be characters like Esther and Sweetness who were fake. It's not ideal, but it's slightly understandable. However, the character and villain of the series Addie Munroe is a composite character based on a real woman named Annie Malone. A real woman whose legacy has been erased with the passing of time. To further erase her story and accomplishments by making her the villain is inexcusable to me. To create such a horrible person and assign this to a historical figure that isn’t well known and doesn’t have descendants to defend her is too much for me. I just don’t understand why this route was taken. 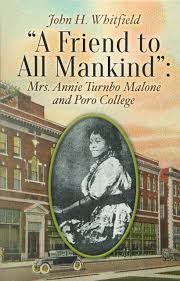 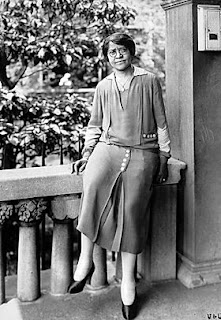 There are people that believe for a story to work there must be an antagonist.

Two things about that.

1). If they were going to give her a human antagonist then it could have been a nondescript business woman that does not share the same initials as her real life mentor turned business rival.

2). It is completely possible for her antagonist to be the circumstances that she has to overcome.

I would have preferred that to tarnishing the name of a real hidden figure. That portrayal doesn’t only disrespect Annie Malone’s legacy, but I also feel like it disrespects Madam CJ Walker's motivations. Instead of being motivated by her go-getter spirit, business goals, and love of beauty culture; her motivations are twisted into being about feeling insecure of her beauty and wanting to beat Munroe to prove herself worthy. Which just was not her motivation.

If you go into this series knowing that what you are seeing is not an accurate retelling of Walker’s life and you’re fine with that. Then I say go ahead and watch it because you will enjoy it. The costumes, sets, and acting all create an entertaining experience. But if you are looking for accuracy, then this isn’t the production for you. If you know anything about Walker or have read A’leila Bundles’ book then the glaring inaccuracies will most likely be too much for you to enjoy. This is the group that I’m in. I know the history so the inaccuracies pulled me out and made it less enjoyable; disappointing even. This is even more true for viewers that know the story of Annie Malone and look up to her. Here she is reduced to a cliched colorist villain a horrible plot device to add drama to the series. If you respect Malone and her legacy watching and enjoying this will be nearly impossible unless you completely detach yourself for the actual history.

I don’t have one set score for this series. I have two. If you don’t care about accuracy and are just watching for a good time; then this series gets an A. You will be inspired by this intelligent and determined woman’s rise. However, if history is your concern then Self Made: Inspired by the Life of Madam C.J. Walker definitely gets a D. I don’t like giving period films bad scores, because I'm happy when they are made and I want to see more and more and more being made. But it’s not accurate, too many of the main characters are composite or completely made up. And the tarnishing of the legacy of an actual black businesswoman is very disappointing.

Have you watched it? What did you think?

shorturl.at/fMT01 - An interview with the lovely A’Lelia Bundles.

I also think you'll enjoy On Her Own Ground: The Life and Times of Madam CJ Walker by A'Lelia Bundles!!