By Blacks in Period Films - May 10, 2020
Four African American Vietnam veterans return to Vietnam. They are in search of the remains of their fallen squad leader and the promise of buried treasure. 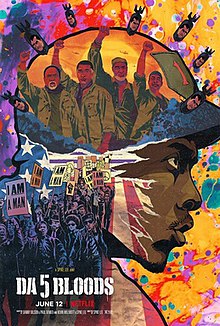