Showtime has a drama series about Zulu King Shaka in the works!  Antoine Fuqua is onboard to direct and executive produce. Besides directing Training Day (the 2001 film that earned Denzel Washington an Academy Award for Best Actor), Fuqua has also period films like King Arthur (2004) and The Magnificent Seven (2016).

Writers and executive producers Olu Odebunmi and Tolu Awosika are two of the creative minds behind “Shaka: King of the Zulu Nation”. The series will be rooted in actual events chronicling “Shaka’s unlikely rise to power, uniting multiple tribes across vast stretches of Africa in the early 19th century to transform his power into legend, on par with history’s most seminal figures”.

Fuqua said, “This project offers a gateway to our past that is so critical to our global history and yet so often marginalized,” he added, “Through “Shaka: King of the Zulu Nation,” we hope to bring this saga to life, all the tears, sweat and blood, all the joy and sorrow, all the intimacy and intensity and humanity. In short, we’re going to rock the world with this one.”

“Olu and Tolu have written such an exciting and emotional origin story of an African warrior hero,” said Gary Levine, co-president of entertainment for Showtime. “And Antoine’s passion for this project, coupled with his formidable talent, promises an epic series unlike any other on television.” 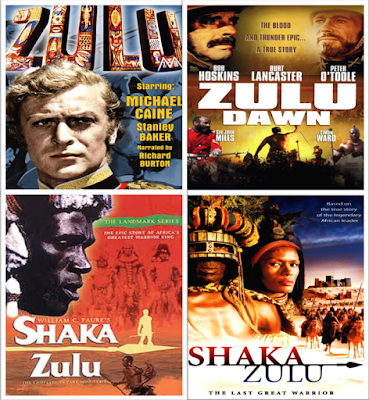 There are three films that have involved Shaka in some capacity. Zulu (1964), Zulu Dawn (1979), and Shaka Zulu: The Last Great Warrior (2001). The first two did not center Shaka and were told from the British point of view. The 2001 film (which starred Henry Cele as Shaka Zulu) centered Shaka. There was also a popular 1986 South African television series, titled “Shaka Zulu” based on Joshua Sinclair’s 1985 novel of the same name. Both the series and the 2001 film involve Joshua Sinclair. I look forward to a fresh perspective of Shaka’s story told from the POV of two Nigerian men.
Antoine Fuqua Olu Odebunmi series news Shaka Shaka King of the Zulu Nation Showtime Tolu Awosika