Showing posts from October, 2012
Show all

According to film news Nicole Beharie will be in a new drama called 'The Keeping Room'. It is a period drama set during The Civil War (1861-1865). Miss Beharie will be playing ... you guessed it ... a slave. The plot is as follows: Two white women (Olivia Wilde and Hailee Steinfield) and their slave (Nicole Beharie) defend their home against Union soldiers in the last days of the Civil War. Sounds like a mix of True Women and Cold Mountain to me. Personally ... I DETEST the "Evil Union Soldiers Prey on the Hopeless Southern Women" trope but *shrug* it's obviously something Hollywood will never tire of. Seems like Civil War/Slave films are in style now.
Post a Comment
Read more 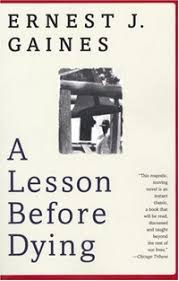 A Lesson Before Dying is based on the 1993 novel of the same name.  I had to read the book when I was in school and I completely enjoyed it. As much as one can enjoy a realistic portrayal of this era in American history. But ... I digress. This movie is about a young Black man named Jefferson that is put on trail for the murder of a white shop keeper. When he is giving the death sentence, Grant Wiggins an educated black teacher is asked to help Jefferson die "like a man". This movie is different in that from the very beginning we know Jefferson's fate is sealed. But we are still taken on a ride. The music, costumes, and dialogue all breath of a realistic 1933 Louisiana. The cast includeds heavyweights like Cicely Tyson and Don Cheadle. Mekhi Phifer shines as Jefferson While watching this film I couldn't help but thinking that while it is set in 1933 what happened to Jefferson could easily happen today. Very powerful. I was more effected by the novel
Post a Comment
Read more 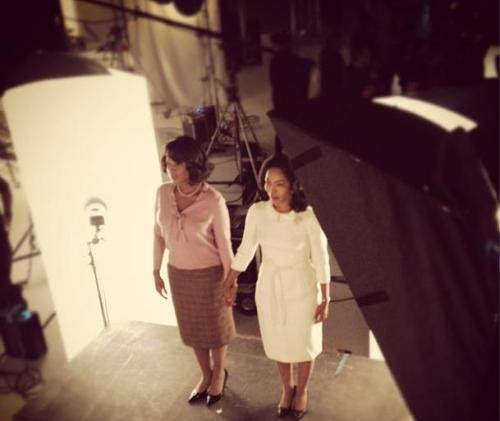 Betty and Coretta's plot on IMDB is: The widows of Martin Luther King and Malcolm X and how they carry on as single mothers after the assassination of their husbands. I'm happy with the cast lined up so far. Angela Bassett as Coretta Scott King Mary J. Blige as Dr. Betty Shabazz Malik Yoba as Martin Luther King Jr. For some reason both Wood Harris and Lindsay Owen Pierre are listed as playing Malcolm X. Perhaps a younger Malcolm X? I'm excited to see what Lifetime will do with this. I'll leave you with this picture  Already having a mini heart attack over that white ensemble.
Post a Comment
Read more

By Dinah Freeman - October 04, 2012
I started watching Harlem Nights (1998) but I just wasn't feeling it. Was going to review it but since I didn't finish it that would make no sense. However, I plan on uploading another review soon. I know as of now I'm a failure but I promise I'll get back into the swing of things.
Post a Comment
Read more
More posts