Showing posts from September, 2017
Show all

One chapter in history that I'd like to see more of in film is that of the contraband camps of the American Civil War. Below is a brief history lesson on "contraband" and the camps they lived in. The effects of the proclamaition – freed Negroes coming into our lines at  Newbern, North Carolina.' Harper's Weekly, Feb. 21, 1863. "Contraband was a term commonly used in the United States military during the American Civil War to describe a new status for certain escaped slaves or those who affiliated with Union forces. The Army (and the United States Congress) determined that the US would not return escaped slaves who went to Union lines and classified them as contraband. They used many as laborers to support Union efforts and soon began to pay them wages. The former slaves set up camps near Union forces, and the Army helped support and educate both adults and children among the refugees. Thousands of men from these camps enlisted in the United States
Post a Comment
Read more 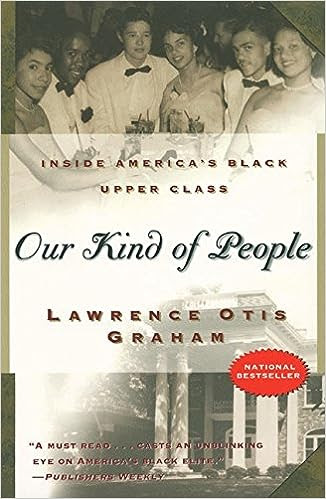 FOX has a script order out for a drama series based on the book Our Kind of People: Inside America’s Black Upper Class. The series will be "a multi-generational family drama uncovering the lives of America’s black upper class by chronicling a dazzling Chicago dynasty with a dark secret threatening to rip it apart." ( source ) Book Blurb "Debutante cotillions. Million-dollar homes. Summers in Martha's Vineyard. Membership in the Links, Jack & Jill, Deltas, Boule, and AKAs. An obsession with the right schools, families, social clubs, and skin complexion. This is the world of the black upper class and the focus of the first book written about the black elite by a member of this hard-to-penetrate group. Author and TV commentator Lawrence Otis Graham, one of the nation's most prominent spokesmen on race and class, spent six years interviewing the wealthiest black families in America. He includes historical photos of a people that made their first million
2 comments
Read more

Today (September the 3rd) is the anniversary of Frederick Douglass' 1838 escape to freedom. On September 3, 1838 Douglass escaped bondage with the help of free woman, Anna Murray (his wife-to-be). According to IMDB there have been 43 portrayals of Douglass in film and in series. In honor of the abolitionist and orator's escape we will highlight a few of these film and series portrayals.  Glory (1989)  Played by Raymond St. Jacques Copper (2013) Episode: Aileen Aroon  Played by Eamonn Walker American Experience (2013) Part 1, 2, and 3  Played by Richard Brooks / Anthony Michael Hobbs (as Young Frederick Douglass) / Leiv Clegg (as Teenaged Frederick Douglass) Drunk History (2010)  Vol. 5: Featuring Will Ferrell  Played by Don Cheadle (as Fredrick Douglass) North and South (1985) Book I - (6 episodes) Played by Robert Guillaume Underground (2017)  Episode: Whiteface Played by John Legend
Post a Comment
Read more
More posts