Showing posts from May, 2020
Show all

Based on the 2013 James McBride novel, The Good Lord Bird follows a young enslaved boy as he joins John Brown in Brown's abolitionist mission during Bleeding Kansas. Newcomer Joshua Caleb Johnson plays Onion (who is a fictional character) and can be heard narrating the trailer. Just like in the award winning novel, the series will be told from the point of view of Onion (Joshua Caleb Johnson). You will also spot Daveed Diggs (of Hamilton fame) as abolitionist and orator Frederick Douglass. The seven part miniseries will premier August 9th on Showtime.
Post a Comment
Read more 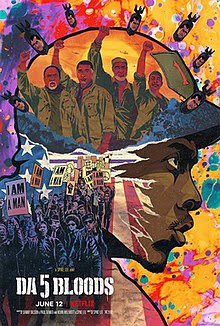 Here is the newest teaser trailer for the upcoming HBO series. Lovecraft Country. "HBO’s new drama series, based on the 2016 novel by Matt Ruff of the same name, debuts this August. The series follows Atticus Freeman (Jonathan Majors) as he joins up with his friend Letitia (Jurnee Smollett-Bell) and his Uncle George (Courtney B. Vance) to embark on a road trip across 1950s Jim Crow America in search of his missing father (Michael Kenneth Williams). This begins a struggle to survive and overcome both the racist terrors of white America and the terrifying monsters that could be ripped from a Lovecraft paperback."  Lovecraft Country is executive produced by Misha Green (of Underground fame), J.J Abrams, Jordan Peele, Bill Carraro, Yann Demange, Daniel Sackheim and David Knoller. The first three names of the behind the camera creative team are enough to have me tuning in. The actors and actresses cast were equally compelling. Although horror isn't always my t
Post a Comment
Read more
More posts