Showing posts from March, 2021
Show all

Showtime has a drama series about Zulu King Shaka in the works!  Antoine Fuqua is onboard to direct and executive produce. Besides directing Training Day (the 2001 film that earned Denzel Washington an Academy Award for Best Actor), Fuqua has also period films like King Arthur (2004) and The Magnificent Seven (2016).      Writers and executive producers Olu Odebunmi and Tolu Awosika are two of the creative minds behind “Shaka: King of the Zulu Nation”. The series will be rooted in actual events chronicling “Shaka’s unlikely rise to power, uniting multiple tribes across vast stretches of Africa in the early 19th century to transform his power into legend, on par with history’s most seminal figures”.      Fuqua said, “This project offers a gateway to our past that is so critical to our global history and yet so often marginalized,” he added, “Through “Shaka: King of the Zulu Nation,” we hope to bring this saga to life, all the tears, sweat and blood, all the joy and sorrow, all
Post a Comment
Read more 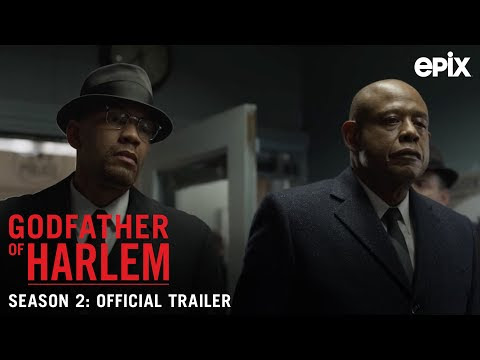 The trailer for Season 2 of the EPIX series Godfather of Harlem is here! All is fair in chess and war. The next chapter of Godfather of Harlem begins. Season 2 of Godfather of Harlem premieres April 18 on EPIX. Godfather of Harlem Season 2 finds Bumpy Johnson battling the New York Crime Families for control of the lucrative and murderous “French Connection,” the pipeline for heroin that runs from Marseilles to New York Harbor. With a distribution syndicate that includes black crime bosses from other major U.S. cities, Bumpy takes a cue from his friend Malcolm X’s message of black economic nationalism. His ambitious plan will face challenges from not only the Italians but his wife Mayme, daughter Elise, rival Adam Clayton Powell, prosecutor Robert Morgenthau, and even Malcolm himself. Once again, Godfather of Harlem explores the collision of the criminal underworld and civil rights in the colorful, tumultuous year of 1964.
Post a Comment
Read more
More posts