By Dinah Freeman - July 19, 2012
The first film I will feature on my blog is Nightjohn! 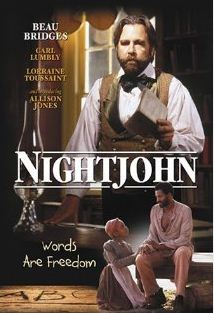 Nightjohn is a television film that aired on Disney Channel. It is based on the similarly titled novel  Nightjohn. 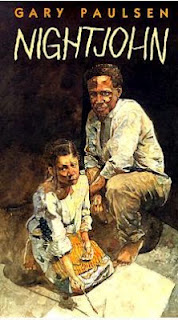 Which is a young adult novel by Gary Paulsen which was first published in 1993. It runs at 92 minutes and takes place in the 1850's, just years before the Civil War.
It was released in June of 1996.


Purchase your copy of this amazing novel with the Blacks in Period Films Amazon Associates Affiliate link.


Disclosure: This blog contains affiliate links. When you make a purchase from the links Blacks in Period Films get a commission that will help keep the blog running.
affiliate link gary paulsen nightjohn slavery