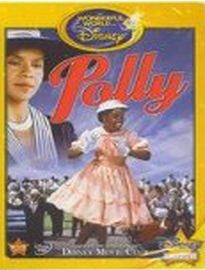 Polly is a musical television movie. It originally aired in November 1989 on NBC. It is adapted from the book Pollyanna. This film was directed and choreographed by the talented Debbie Allen. It stars her legendary sister Phylicia Rashād and an adorable young Keshia Knight Pulliam. Pulliam plays the title character Polly.