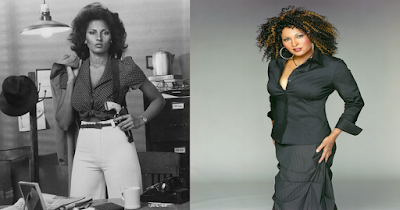 It has been reported that the legendary Pam Grier is working on her very own biopic. The biopic will be based on her 2010 memoir titled, Foxy: My Life in Three Acts in 2010. 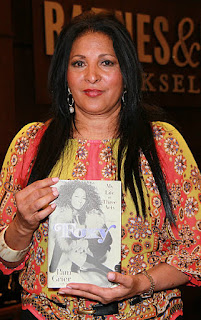 Jay Pharoah has already been casted as Richard Pryor. Grier told DEADLINE that when she heard his voice, she know Pharaoh would be the perfect person to play Richard Pryor.

Grier has described her story saying, “The story is heartbreaking, raw, honest and beautiful, all rolled into one testimony.” Her biopic will handle her experiences with sexual abuse as well as her relationship with Pryor.

I hope her biopic portrays her life as she wants. I'm looking forward to future casting announcements. It is time the general public know about Pam Grier beyond her amazing Afro and banging body, she experienced and is so much more.

Who do you think should play the legendary actress?
Jay Pharoah news Pam Grier Richard Pryor

The ABC Limited Series Women Of The Movement premieres Thursday Jan 6 and Stream on Hulu. Based on the true story of Emmett Till and Mamie Till-Mobley, Women of the Movement is a limited anthology series event coming to ABC. The first season will focus on Mamie Till-Mobley and Emmett Till played by Adrienne Warren and Cedric Joe. The series also stars: Tonya Pinkins as Alma, Ray Fisher as Gene Mobley, Glynn Turman as Mose Wright, Chris Coy as J.W. Milam, Carter Jenkins as Roy Bryant and Julia McDermott as Carolyn Bryant.
Read more