The Best of Enemies to be Adapted with Taraji P Henson


I am not staunchly against remakes, I fancy myself an adaption advocate. One adaption that I look forward to is the upcoming film, The Best of Enemies. The film stars Taraji P Henson as civil rights activist Ann Atwater. Atwater faces off against C.P. Ellis (played by Sam Rockwell), a Ku Klux Klan leader over the issue of school integration, in 1971 Durham, North Carolina. The film will be distributed domestically by STXfilms. 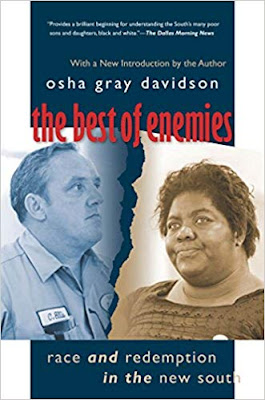 This film is based on real events that have been written about in a book Best of Enemies by Osha Gray Davidson and adapted to a play of the same name by Mark St. Germain. Henson has proved that she can bring real people to life in period films with her amazing turn as Katherine Johnson in the period film classic, Hidden Figures (2016). I am looking forward to this project as I want to see how the film compares to the book and play.

I enjoyed looking at images of the play from different productions and thought you would to.

Purchase your copy of this amazing novel with the Blacks in Period Films Amazon Associates Affiliate link.