By Blacks in Period Films - December 19, 2018
Recently Librarian of Congress Carla Hayden announced that Eve’s Bayou was chosen as one of America’s 25 most influential motion pictures to be inducted into the National Film Registry of the Library of Congress. The films were selected based on their cultural, historic and aesthetic importance to the nation’s film heritage. 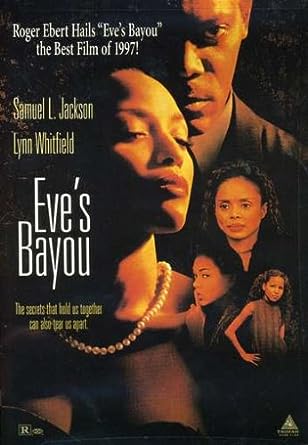 The late, great film critic Roger Ebert called the film one of the very best films of 1997. Eve's Bayou also made TIME's list of The 25 Most Important Films on Race in 2008.

In a statement to the National Film Registry director Kasi Lemmons said: "It's such an honor to return from production on my fifth film, Harriet, to find that my first, Eve's Bayou, is being included in the National Film Registry. As a black woman filmmaker, it is particularly meaningful to me, and to future generations of filmmakers, that the Library of Congress values diversity of culture, perspective and expression in American cinema and recognizes Eve's Bayou as worthy of preservation."