By Blacks in Period Films - April 22, 2019
The Jeffersons was an American cultural classic that ran on television from 1975 to 1985. The spinoff of "All in the Family" chronicled the upward mobility of George and Louise Jefferson and cemented itself a place in television history.

The series going to be honored in front of a live studio audience. The project is called Live in Front of a Studio Audience: Norman Lear's All in the Family and The Jeffersons and is being created by ABC and Jimmy Kimmel with Norman Lear as producer. The event will be a live 90-minute recreation of original episodes from All in the Family and The Jeffersons and will take place on May 22 at 8 p.m. ET. Will and Grace director James Burrows will direct the event. 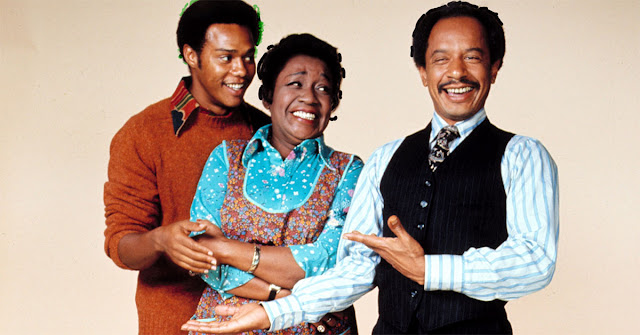 The cast is an amazing one. Leading The Jeffersons will be Jamie Foxx as George Jefferson (originally played by Sherman Hemsley) and Wanda Sykes as George's wife, Louise Jefferson (originally played by Isabel Sanford). Other cast members include Woody Harrelson as Archie Bunker, Marisa Tomei as Archie's wife Edith, Will Farrell as George and Louise's friend and neighbor Tom Willis and One Day at a Time's Justina Machado as Florence, George and Louise's housekeeper. Edith and Archie's daughter Gloria is being played by Ellie Kemper. 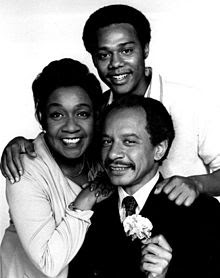 On his role as host Jimmy Kimmel stated: "The fact that a group of Oscar winners eagerly agreed to play these iconic characters is a testament to the greatness of these shows and their creator, Norman Lear. To be a part of this is a dream come true for me and for everyone involved."

There have already been some rumblings from critics. To this producer Norman Lear had to say: "They have said over and over again that these two shows were meant for the '70s and would not work today. We disagree with them and are here to prove, with two great casts depicting All in the Family and The Jeffersons, the timelessness of human nature." 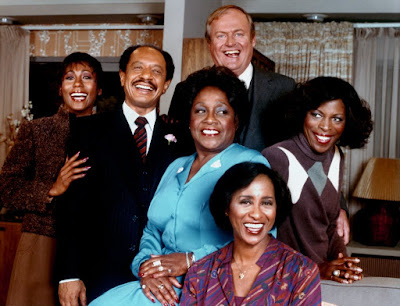