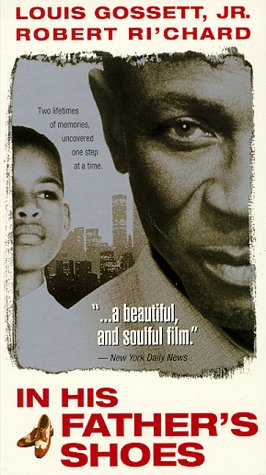 Summary: When his father (Louis Gossett Jr.) suddenly dies, Clay Crosby (Robert Ri'chard) is devastated. It seems he'll never be able to get over the loss. But everything changes when the boy puts on a pair of his father's wingtip shoes, which magically bring him back in time to experience his father's early life. 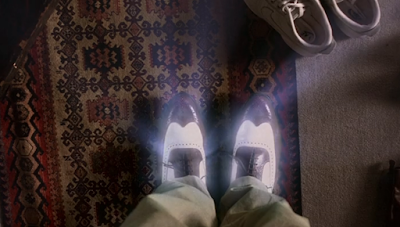 I have seen this film come up on my Amazon prime account more than once. I always thought that the entire film was in a historical setting. However, this film does not become a period film until 21 minutes into the film when the main character Clay is transported back in time to 1962. 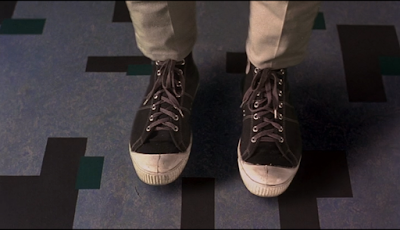 Clay  is transported back in time as his father Frank. This means that everyone that sees Clay, sees his father Frank as he was in 1962. He is wearing his fathers’ clothes every time he jumps back in time. This means that there is never a mad dash to find period appropriate clothes. Clay must contend with his 20th century (the film is full of 90’s slang) way of speaking and with knowing about historical event before they occur. This means that his father’s two friends don’t understand him when he says that he has to blow chunks, and not that he has to puke. He also gets in trouble at school for talking about JFK’s assassination, before it had even happened. 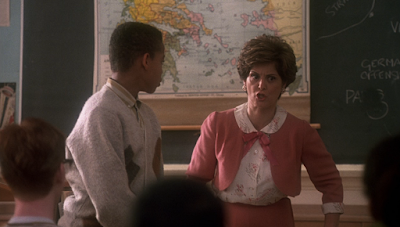 His father (grandfather) does not approve of him having a white boy as a friend; comparing him to James Meredith. As Clay lives life as his father, he learns just how different their upbringings were. His grandfather’s treatment of his father stands in stark contrast to how loving and warm his father is with him and his family. Louis Gossett Jr. does the amazing job of being equally convincing as the stern Richard and the warm fun-loving Frank. 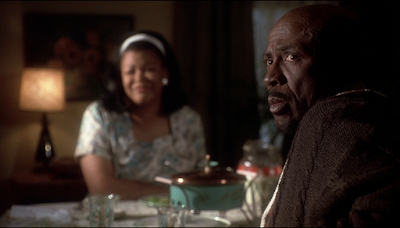 This blog is about period films, but I must mention the awesome way that they handled the time travel aspect of the film. As the movie progresses, we learn a few rules about what Clay can and can not do as he time travels. For example, we learn that he can’t take things with him when he transitions in time. He tries to take a Roger Maris baseball card with him back to his time, only for the card to be gone once he arrives in the present. By the end of the film, we know that what he did in the past as his father effected the future. We know this because, his grandmother remembered one of the conversations that they had together. 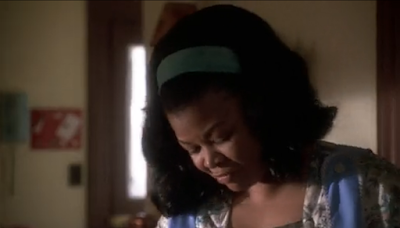 Many time travel stories involving black characters are about them learning how their ancestors may have lived. Before going the character is often ignorant to just how dire life in the past was for Black people. These types of time travel story lines can be entertaining and fulfilling, however I loved the approach of In His Father’s Shoes. I enjoyed that the main conflict of the film, wasn’t Clay learning about racism, but him learning about healing grief and fostering family reconciliation across generations.

The films portrayal of a family grieving a recent death and the healing of a long-time familial split was beautifully thoughtful. This time travel movie is equal parts emotionally moving and good family fun.

I highly recommend it.
In His Father's Shoes is available on Amazon.