First organized in 1916 as the 15th New York National Guard Infantry Regiment and manned by black enlisted soldiers with both black and white officers, the U.S. Army’s 369th Infantry Regiment, popularly known as the “Harlem Hellfighters,” was the best known African American unit of World War I. 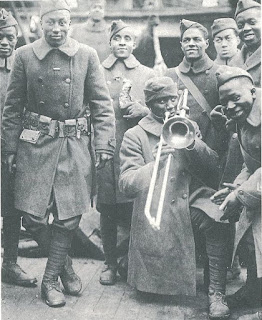 The “Harlem Hellfighters” was the best known African American unit of World War I.
Their band was world renowned for their ragtime and jazz music. Lead by the popular
Lt. Jim Europe the Hell Fighters band introduced jazz to Europe and cut 24
records. I think their story would best be told as a miniseries. 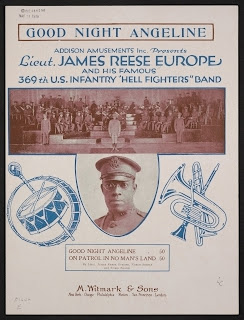 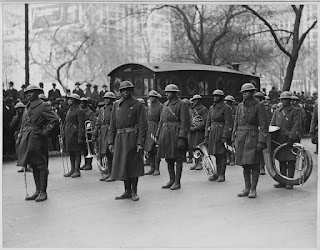 Marching To War With Jazz - https://goo.gl/HojmH8