Day 1 of the Write It! Series feat. John S. Rock


Today is February 1, 2017 and on February 1, 1865 John S. Rock became the first Black attorney admitted to the bar of the Supreme Court of the United States. He was the first Black person received on the floor of the United States House of Representatives and the first Black man to earn a medical degree, John S. Rock spent his entire life breaking the mold of the average Black person. Starting with his birth John S. Rock was born free in 1825 Salem, New Jersey. Although, not much is known about his childhood we do know that he was born to free people of color and that education was encouraged in his household. He spent time as a teacher, doctor, dentist, lawyer, and abolitionist. 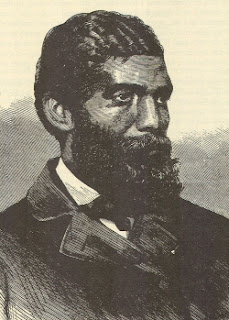 Check out these links down below for more information on John S Rock.