On Jan 17, 1882 - Lewis H Latimer was granted a patent for the so-called “Maxim lamp,”. This lamp used carbon filament which was better than what was being used at the time because this filament was tolerant of the high temperature needed to radiate light. 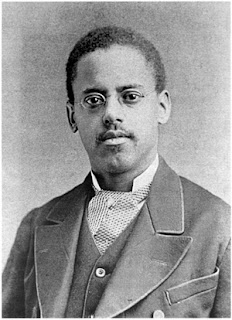 It was his post-war job at the Crosby and Gould patent attorney office that his interest in the craft of mechanical drawing peaked. He was very talented and his talents lead him to being deeply involved in the drawing of Alexander Graham Bell’s invention the telephone. After 11 years Latimer left Crosby and Gould and began work at the electrical lighting company of Hiram S. Maxim. After taking on the study of electricity Latimer quickly came up with the Maxim lamp; which was patented on Jan 17 1882.